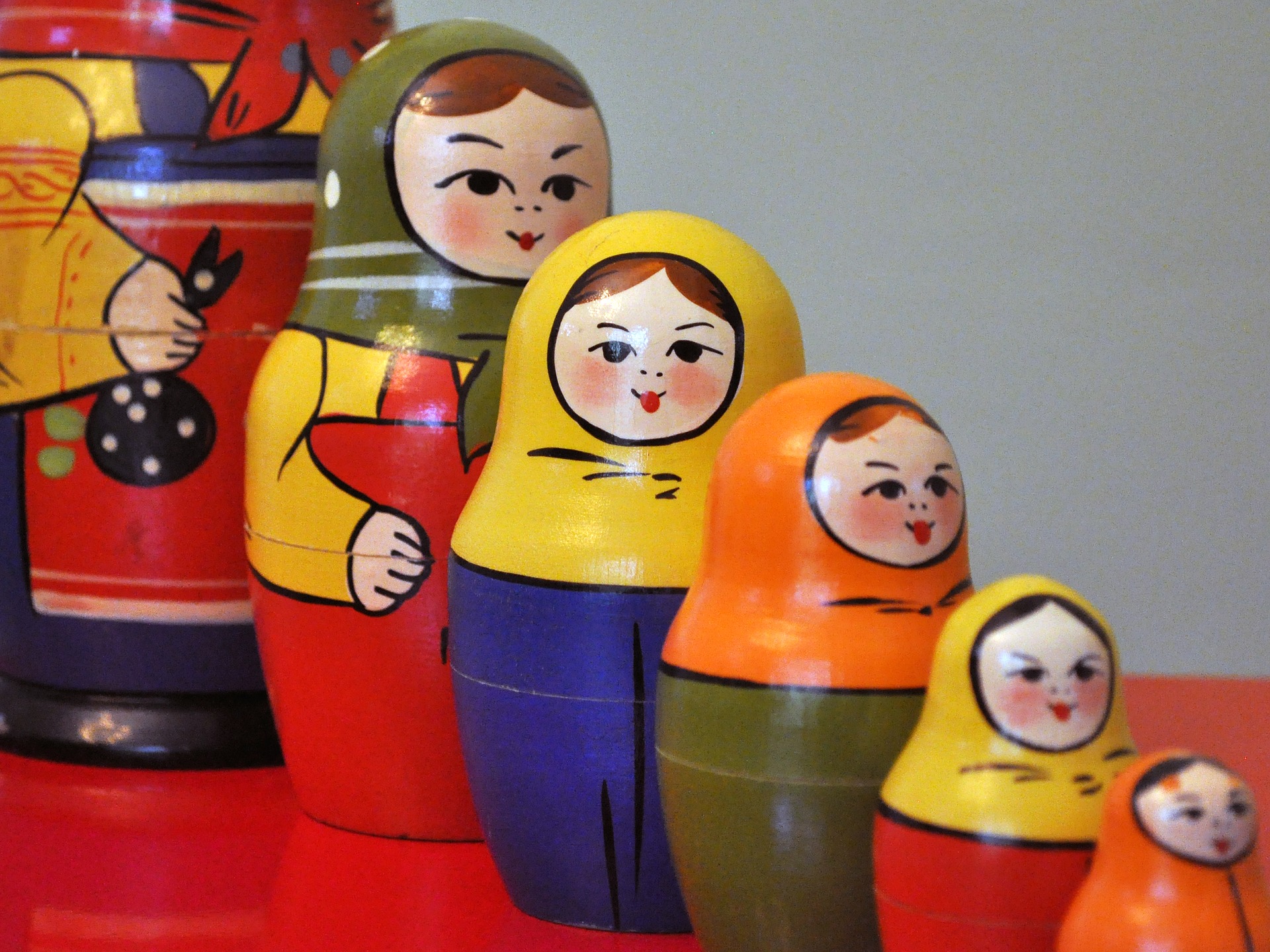 / Resources
/
Blog
/
One Size Doesn’t Have to Fit All

One Size Doesn’t Have to Fit All

During a well-being intervention that our research team ran recently, we told participants in the treatment group to “act in a bold, talkative, outgoing, active, and assertive way, as much as possible” when interacting with other people over the course of a week. For those days, we tracked measures of well-being, such as positive and negative emotion, on their smartphone six times a day.

*This article originally appeared in the Behavioral Scientist.

On the surface, our intervention looked successful and we saw an overall increase in well-being. But looking deeper, we found that the results depended on who was receiving the treatment, and in particular, how extraverted they usually were.

Extraverts experienced multiple benefits and no costs. But those who were more introverted experienced the fewest gains and suffered feelings of tiredness, negative emotion and inauthenticity.

Along with online diversity interventions and incentives to encourage blood donation our findings show that behavioural interventions have different effects on different people. This presents a challenge: How do we make sense of this heterogeneity and better design interventions when the “results may vary”?

Our proposal: draw on insights from personality science.

Thinking about individuals, not averages

One of the achievements of behavioural economics was to overhaul the view of humans as selfish and rational creatures.

But another assumption has gone somewhat unchallenged – that humans behave more or less alike.

Personality science can help us better understand, measure, and capitalise on individual differences when it comes to behaviour change.

But if we look closer, we find that the average masks a great deal of variation. People have distinct preferences and they respond to different incentives.

Even the fabled Homo economicus can be found in this crowd alongside his more cooperative and irrational cousins. This diversity means that the average effect of a behavioural intervention is sometimes eclipsed by the variation in behaviour between people.

Personality science can help us better understand, measure, and capitalise on individual differences when it comes to behaviour change. One way to think about these differences is through the concept of a trait – a relatively stable pattern of thoughts, feelings and behaviours that captures the tendency to respond in certain ways in certain circumstances.

The vast universe of traits can be organised using taxonomies such as the influential Five-Factor Model, or Big Five.

A popular misconception is that the Big Five is a theory, but this is not true. Rather, it is a system for classifying traits – analogous to the periodic table in chemistry or the kingdoms of life in biology.

At the highest level of this taxonomy, five broad traits summarise the major ways in which people differ: Extraversion, Neuroticism (or Negative Emotionality), Conscientiousness, Agreeableness, and Openness/Intellect.

These emerged from decades of studies attempting to categorise the thousands of words we use for describing people. Because it was developed in such an exhaustive manner, most other models of personality – as well as many attitudes, values and goals – can be readily mapped to the Big Five.

These personality traits are some of the most robust and replicable predictors of major life outcomes such as health, wellbeing, and work performance. The influence of these traits is on par with – and often greater than – factors such as socioeconomic status and intelligence. What’s more, their effects accumulate, leading to tangible differences over a lifetime. For instance, men rated as more conscientious by their friends were 29 per cent less likely to die across 75 years than their less conscientious counterparts.

It is no surprise then that personality traits also foretell how responsive people are to popular behavioural tools and techniques. Conscientious individuals are more sensitive to the phenomenon of loss aversion while the effect disappears altogether for the unconscientious.

Behavioural influence strategies such as the use of authority are more effective for agreeable and conscientious people, likely because these traits capture tendencies to be respectful and rule-abiding.

Our own work has focused on politeness, a narrower sub-trait of agreeableness describing one’s tendency to comply with social norms. What this means, as we saw from our well-being research, is that seemingly beneficial interventions for the average person might be ineffective or even harmful for some people.

Behavioural scientists and practitioners know that one of the biggest mistakes when designing an intervention is to assume that your audience is like you.

But not only is your audience unlike you, they are also unlike each other. How, then, can we account for personality and individual differences in the way we change behaviour?

Recommendation #1: When possible, build interventions around personality and individual differences

Interventions that incorporate individual characteristics have long been used for greater precision in health communication, medicine, and advertising. Just as personalised medicine draws on genomic predispositions, behaviour change initiatives can be adapted around “behavioural phenotypes” or personality traits.

In advertising, persuasive messages have greater impact when they are congruent with an audience’s personality.

One promising approach is to use Sequential Multiple Assignment Randomised Trials (SMART). In contrast to randomised controlled trials, which traditionally test a “one-size-fits-all” solution, participants move through multiple stages.

A decision is made at each of these stages to develop an intervention “algorithm” adapted around their individual responses. These tailored interventions have already been applied successfully in the areas of mental health, weight loss, and adolescent conduct problems.

Personalisation may have relatively large demands on resources and can be costly to scale up. When this is not practical, simply measuring individual differences—personality traits, attitudes, values, for instance—can inform intervention design by revealing the characteristics of the population of interest or by identifying which groups are best to target.

While behavioural scientists already routinely collect information on demographic differences, knowledge about psychological differences can shed light on the motivations driving the target behaviour. For example, we studied two types of prosocial behaviours – giving money to charity and donating organs posthumously – and found that they were driven by slightly different personality traits.

While both charitable givers and organ donors were higher on agreeableness (the prosocial domain of personality), the latter group was also higher on openness/intellect. This pattern of findings hints that the motivation to become an organ donor may go beyond concerns for other people, which can help frame appeals for encouraging organ donation.

Measuring individual differences at the research stage can also determine which interventions have the most uniform impact. For example, one study showed that persuasive messages based on injunctive norms—or the perception people hold of how they think they ought to behave—are effective for people low on impulsivity, but are counterproductive for those scoring high on this trait.

On the other hand, messages based on descriptive norms – perceptions people hold about how others actually behave – did not show this conditional effect, suggesting that the latter may be more suitable for scaling up.

For best practice, use comprehensive, well-validated instruments to measure individual differences. We find that behavioural scientists sometimes adopt very brief measures of personality traits, which can be unreliable and yield misleading conclusions.

Another pitfall is the use of measures of personality types—distinct categories to which people can be assigned in a binary fashion—when exhaustive evidence shows that these types are nonexistent.

Personality varies by degree rather than by kind and thus is best measured along a continuum.

One persistent myth that we often encounter is that traits are set in stone, leading many to dismiss personality as a pathway for intervention.

While traits are relatively stable, it is now well established that they do change gradually over the lifespan, as well as volitionally and through formal intervention.

The thought of an intervention to change personality may seem controversial and downright creepy. But we already accept various forms of this.

Personality trait change – shifts in relatively stable patterns of thinking, feeling, and behaving – is “part and parcel” of psychotherapy.

This has been shown to substantially reduce our tendency to experience negative emotions, the core characteristic of trait neuroticism. Likewise, the idea of self-improvement is largely predicated on the assumption that personality change is possible and desirable.

Early childhood interventions – such as the Perry Preschool Program, a forerunner to Head Start – improve long-term educational, employment, and relationship outcomes. Researchers think that these improvements result from cultivating personality traits in the domains of agreeableness and conscientiousness.

All of these have been separately targeted in health interventions, but we know that they all have a common basis in lower levels of conscientiousness.

This makes sense when we consider that conscientiousness describes the degree to which people plan ahead, follow rules, and prioritise their goals. By definition, conscientiousness reflects our ability to bridge the intention–behaviour gap.

Thinking about personality change can help target broad tendencies at the root of multiple behaviours, offering a means of deepening and widening the impact of interventions.

The union of social and cognitive psychology with economics has revolutionised the way we approach behaviour change. As we reflect on ways to refine the next generation of interventions, personality science can help us not only improve outcomes on average but make these benefits felt by each and every individual.