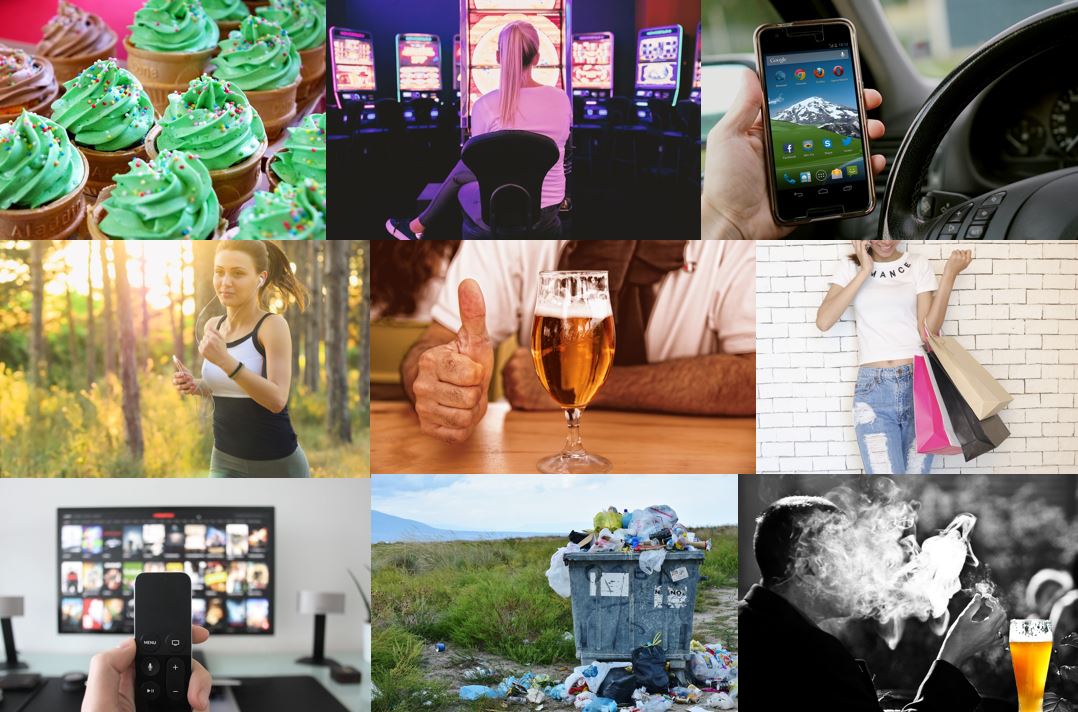 Are you trying to lose weight, save money, or spend more time with friends? Although these things are in our own best interest, it's not always easy sticking to them. We often find ourselves slipping into bad habits or giving into temptation or simply choosing the easier option, like doing nothing!

Unfortunately, this can happen for any will-driven behaviour, and it doesn’t just happen to you, it also happens to your target audience. Fortunately, there’re a number of things we can do to help them stick with desirable behaviours.

One approach is to offer commitment devices. For instance, bank customers were given the option to place restrictions on their savings account, where they could only withdraw money after a self-selected date, or after reaching a savings goal.

This commitment device was found to boost savings by 81%.

Another approach is to give people the opportunity to make a plan to follow through with the behaviour.

For example, employees were given a leaflet about free vaccine clinics available at their organisation. When the leaflet included a space where they could jot down the date and time they intended to visit the clinic, people were more likely to get vaccinated.

A third approach is to make the future self more relatable. People sometimes struggle to see the connection between themselves and the long-term consequences of their behaviour and, as a result, they fail to take protective action in the present.

One way to highlight this connection is to focus their attention onto their future self. For example, high school students who exchanged text messages for a week with age-progressed avatars of their future selves were less likely to engage in delinquent behaviours at school.

Another approach is to allow people to choose in advance. People tend to assume the barriers they face today wont be such a problem tomorrow and so are more willing to commit to future activities.

For example, the Give More Tomorrow campaign showed that allowing employees to begin making contributions to charity at a 2-month time lag drastically increased donation rates.

A similar approach is fresh-start framing. People tend to use special dates (e.g., birthdays, the start of the month etc.), as opportunities to dust off their past failures and start afresh.

With this in mind, one approach is to ask people to make a pledge now for a latter special date. For example, people are more likely to sign-up to a savings account when they’re told contributions will commence after their birthday.

Another approach for helping people take control of their behaviour is to make small changes to the physical environment that promote the desired behaviour.

For instance, corner stores in low-income communities that placed fruit and vegetables closer to the front of the store increased sales of these products among hardship customers.

People often maintain the status quo, and so a further strategy involves defaults.

The best illustration of this comes from organ donorship, where donation rates are drastically higher in countries using opt-out consent processes. In other words, when the desirable behaviour becomes the default, people benefit from doing nothing!

When people focus on the big picture (e.g., why avoid the behaviour) they’re less likely to succumb to incidental obstacles like temptations.

For example, smokers are more likely to gain control and kick their habit when primed to think about “why” they want to quit rather than “how” they’ll quit.

The above options give people choice. However, other 'harder' approaches can also be utilised.

For instance, forced retirement savings, bans on addictive substances, speed cameras, and safety laws have all demonstrated positive effects when it comes to behaviours requiring self-control.

There is, however, another approach. But it doesn’t come easy.

Many of the wicked behavioural problems we face are the product of our environment, not a lack of self-control. For example, the obesity crises stem from an obesogenic environment supporting inactivity and consumption of energy-dense foods.

Of course, you could argue its individual choice, but never before has our willpower been so relentlessly tested. If we are to have a meaningful impact, we may need to play with the system in which the behaviour sits, and that’s going to involve more than a nudge or slap on the wrist.

If you would like to learn more about self-control and how to make more controlled decisions, check out this Ted talk.

To learn more about different intervention strategies for helping people (including yourself) follow-through with valued behaviours, check-out this review.