The village raises the child

If you knew a family was struggling, would you babysit for them? Cook a meal maybe, or take their kids to school? At the very least, would you suggest a support service or helpline?

These questions were part of a research study undertaken by the Department of Families, Fairness and Housing (DFFH) and BehaviourWorks Australia (BWA) to learn more about what communities actually think and do when it comes to vulnerable families. While we know practical support from community and peer networks is vital for preventing harm to children, there is very little research out there on exactly how to encourage these supportive behaviours.

The challenge: How to encourage communities to actively support vulnerable families

The Department of Families, Fairness and Housing (DFFH)

The initial phases of the project involved a workshop with DFFH staff to explore priority behaviours, a systematic review of research examining members of the general publics’ attitudes and behaviours towards vulnerable families, interviews with practitioners working in the space and focus groups within the community.  Insights from these phases informed the final phase, which was the state-wide survey.

While reactive behaviours in protecting children were most common in the literature (such as calling child protective services or helping victims of child abuse), preventative or proactive behaviours needed further research.

5,002 Victorian adults took part in a cross-sectional survey, administered online and including participants from all regions across the state.

The survey results indicate that for Victorians, engaging in supportive behaviours in general is not common. Two key target behaviours had been identified – listening and talking to vulnerable families, and participating in community activities.  61% of respondents reported listening to vulnerable families’ stories at least rarely, while 47% take part in community activities.

People identified the advantages of listening and talking (such as building empathy and compassion) while expressing concerns about offending those they were talking to.  And while participation in community activities had perceived advantages like building self-esteem, barriers such as cost and time were also identified.

Younger, more empathetic and idealistic people seem to fit the cohort most likely to take part in helping vulnerable families.  Those living in inner-city Melbourne reported a higher incidence of engaging in supportive behaviours, with regional areas like Geelong and Bendigo reporting less engagement.

The survey identified that interventions to increase engagement in supportive behaviours should target:

Communications and community engagement campaign specialist Michael Daddo (from The Shannon Company) reviewed key survey findings and made some initial suggestions about a possible engagement campaign approach for future DFFS consideration.  He identified a four-pillar approach – a website as a resource for those looking to connect with and understand vulnerable families, partnerships with local government and community groups, paid and earnt media to broadcast the messages, and creative storytelling techniques to normalise the desired behaviours.

Another unexpected finding was that the belief that vulnerable families are to blame for their situation had a positive association with engaging in supportive behaviours.  This belief is one of the strongest predictors of participating in community activities, and may tie into a belief that if vulnerable families are taking part in such activities, they’re taking some kind of action.

There is clearly a large opportunity to improve how the Victorian community engages with vulnerable families. With the right skills, combined with community and personal factors, supporting vulnerable families may move from ‘rarely’ and ‘sometimes’ to hopefully, ‘often’. 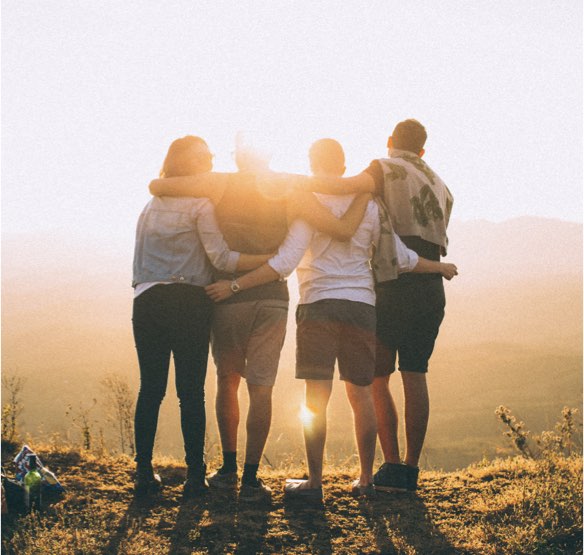 Younger, more empathetic and idealistic people seem to fit the cohort most likely to take part in helping vulnerable families.